Weirdest Items Found in Self Storage 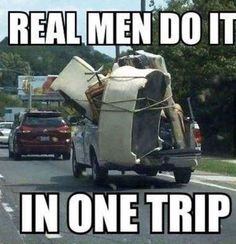 It had to happen eventually – here is our rundown of some of the bizarre things that people have kept in storage. All of this to our knowledge is completely real.

10. Space rocket – this one, like so many of these discoveries, came up in a unit that was auctioned of. As well as a rocket, the clock that counts down the launch was also found – both originally belonging to NASA.

9. Hissy fit – a unit where the payments had defaulted was found to contain a large number of dead snakes. The owner had attempted to use the storage unit as a breeding station for snakes. Not recommended – this is cruelty – and the person responsible was prosecuted as such.

8. Grenade – another one where the authorities had to be involved. In an incredible display of irresponsibility, this grenade was undetonated and experts were called in to urgently defuse it.

7. Whale erm… – a jar of whale feces. Don’t ask why. This find was televised and made for an interesting diversion as scientists poked it ad infinitum.

6. You need hands – a severed hand in a pickle jar is a very gruesome find, but an imitation hand and imitation pickle is bordering on the bizarre. Especially when accompanied with a hand statue, posters of hands, and other disembodied hand artefacts. Great.

5. KITT – just an imitation Knight Rider car, but there is one lingering in a self storage garage somewhere, doubtless belonging to a serious Hasselhoff fan.

4. Up in smoke – it was revealed that a gang on trial for cigarette smuggling had filled their storage unit with over a million of them.

3. Bean bags – some pillows filled with kidney beans. I guess you have to put them somewhere.

2. Nailing it – collections of fingernail clippings, for purposes I have no idea. Apparently this isn’t too uncommon either.

1. Skull – but belonging to a dinosaur. It might not be obvious from museum displays, but dinosaur skulls from some of the bigger species are very unwieldy.

It seems then that people appropriate their storage units for just about anything. So you can too, just keep on the right side of the law.

« Benefits of Self Storage for Your Business
How accessible is your storage unit? »