What Is The Allure Of Self Storage? 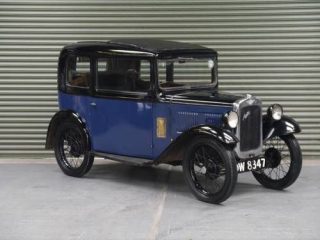 Self storage really comes into its own when all of a sudden you need somewhere to store a lot of items. Its role may form part of a house sale or move, business relocation, or other sorts of practical and logistical reshuffling. As a temporary stop off point to make a bit of space it is invaluable. However we all know someone, often ourselves, who is more of a long term user. What is it about storage that invites us to keep renewing our contract year upon year?

It is very often the case the longest term storage users are often businesses, who need the space for archiving, document or stock storage, or, more recently, a location to carry out core business tasks. For personal users, it is likely to be those who are living in the thick of the city, with a lifestyle that often mixes a good salary with small living space, but with various entertainments and distractions on time when one is not out there making some money. As such, self storage becomes that mystical place down some far off corridors where a bunch of items have been stored for the day when one moves elsewhere that is larger, slightly out of the thick of the city, settling down a bit. It’s a dream that is in the minds of many that ensnare themselves within a city. Although does that day ever come? And when it does will the stored items redeem much of their relevance and value any more?

There is the likelihood that storage starts as a quick solution for a temporary problem then ends up being a long term arrangement for some customers that can be simply factored in as a monthly living expense, such as rent and bills. Storage becomes a place where items were once placed on a transient basis, and that then became permanent as life obviously benefited from not having those items around any more. In fact, life is now so busy that one could never possibly find the time to get down to the storage facility in order to retrieve or at least sort through the items. It is simply easier to pay for the storage than engage in the physical effort of getting rid of it one way or another. Maybe that time will come with the next house or flat move, where items might be finally disposed of or sold, more likely added or replaced with more recently acquired ones.

The allure of self storage then is not only for the obvious practical benefits for many whose life and work depend on it, but also for the easy fix to a space problem in a consumer society, where you are encouraged to keep buying, resulting in a desire to pay further in order to store and forget what you have bought.

« How About Garages?
Keeping Hold Of Documents (And When To Get Rid Of Them) »