Is It Advisable To Keep Guns In Self Storage? 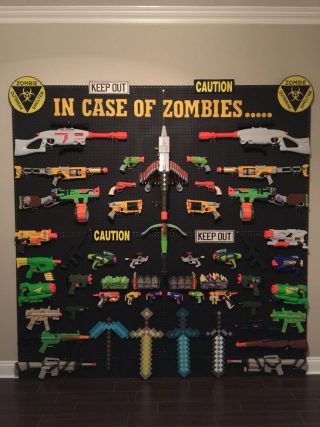 The question of keeping guns and firearms in self storage is highly specific to one’s national and local laws, the storage centre’s interpretation of these, and the general culture concerning firearms. The tight regulation of guns in some parts of the world gives storage companies in these locations a very convenient answer to this question – no – rather than deal with the heightened amount of responsibility of keeping such items on their premises in line with the law, and the risks involved in doing so. Also, where such weapons are uncommonly found amongst the public, there is the risk of losing customers who do not gel with the idea that there are people with unknown motives keeping weapons in their adjoining units.

It isn’t just a question of legality or the efforts made to check that weapons are being stored safely, and in turn checking that those bringing them in are the rightful licensed owners. The other big problem is the potential extra risk of bringing explosives and flammables on site. Should the worst occur and a fire break out, having gun ammunition also on the premises may lead to the situation getting far worse than it needs to be. This is bad enough when self storage facilities are already, by their nature, full of flammable materials such as furniture, fabrics, paper, and goodness knows what else. If storage facilities are cautious about allowing their customers to store hazardous chemicals that could pose a risk, or start an incident involving the facility or other customers, then they are certainly going to apply the same reasoning to keeping firearms on their property.

It is interesting to highlight the difference of approach between US and UK for example. In the US, wherever state laws permit, it is often the decision of the storage facility manager between the risks as outlined above or losing a customer. It may be a subject that isn’t even approached, due to common understandings. Whereas in the UK, gun storage is highly regulated with detailed specification and requirements, leading to the point that a storage facility may find it difficult to accept such an item to be stored, or be able to exploit any legal loopholes to make such an arrangement work in their favour.

« Precautions for Storing Works of Art
More About Storing Bikes »