Are You Sure About What You Are Storing? 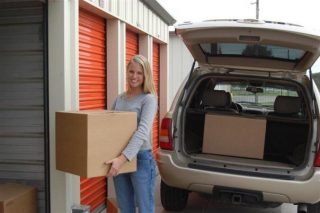 Self storage is a great way of having that little extra space in which to store possessions that you do not need right now but you might need later, or essential items that boost one’s quality of life that do not have a place in the home right now. Storage is also perfect for short term transitory events or changes of circumstances such as moving house. But are we using our storage in the best possible way? Do we comically need to declutter the storage unit from the items that were originally cluttering up the house?

We often find it very hard to let go of possessions, or at least certain possessions we can tolerate taking up space for no reason, others we can’t wait to take to the dump or sell over the internet. As someone who passionately collects records and books, it feels like my life’s work and intellect are tied up in them, they tell my story in a way, what I liked and was interested in over the years. But last time I moved, something had to give, and I had to prune down the collection. Anything that had spent the last few years lurking in a cupboard and not on display, was probably never going to be touched or looked at again. I did not pack it up and send it down the self storage near me, much though that this was tempting. I simply took a breath and disposed of it. The end result was I lost nothing of any particular value and gained a bit of space. In fact, looking back on the situation with fresh honesty, I got rid of a whole load of worthless junk that had been bulking out my cupboards for years, but I hadn’t the heart to get rid of.

It is strange to think that taking things we are never going to use again to self storage is an easier option than throwing them away, but it’s generally true of our mindsets. We tend to associate value with items, often in a rather distorted manner. I try to think of myself as a bit of a recovered hoarder in that respect. I do use storage for items I require that don’t have a place in my home, but I do need to use from time to time. However I used to think nothing of keeping a big bin liner full of cheap books someone gave me that I was clearly never going to read. That was daft. I once accepted some old computers off someone, just for the fun of learning to use them, but when I realised it was going to take up too much of my time did I give them away or pass them on to someone who could make better use of them? No, they lived under my bed for almost 10 years getting incredibly dusty. Along with the hi-fi with the broken cassette drawer, the television with built in VCR that no longer conformed to digital reception standards, and goodness knows whatever else I kept just in case.

Keeping your environment clutter free is good practice, and the voice of rationality needs to chip in every now and again. If you have stuff around you that you are hiding away for the rainy day that never comes, it simply needs to go. Not in self storage but in the trash or to a better home.