The Continuing Growth Of Self Storage in UK 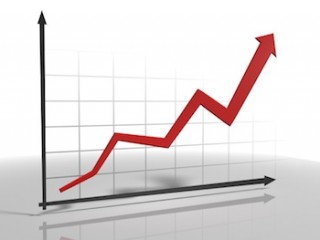 UK was relatively late on the scene when it came to realising the benefits of self storage, quite a surprise given its densely populated cities, growing population and inflated property prices. As we saw in a previous article about the growth of the industry, use of self storage nearby has only been an option in many people’s minds for around 20 years. For personal users, times are harder, living spaces reduced to the essentials, so having the extra space for belongings during phases of transition is a fairly common practicality that you wonder how one ever coped before. However, in recent times the growth and affordability that self storage has offered business is helping the industry thrive even during continuing economic turbulence.

Whilst some personal users will maintain long contracts with their storage company on a continual lock-up basis, many contracts end up being relatively short – self storage is often considered a drop-off point during changes of circumstances, long and tricky house moves, redecoration, or more complicated personal affairs, all of which are wrapped up within the course of one year. However, businesses have different concerns, the need to keep a long audit trail of transactions, regulatory responsibilities, and just the sheer amount of things one might need to keep just in case ever required, meaning they might have a far longer stay in self storage. Business space is costly, and in big cities that are constantly regenerating, there is always a new station or precinct being built on your doorstep giving landlords more reason to hike the prices up. So having an extra bit of space to account for at low business space costs is a big help, and is keeping the self storage industry in UK growing, and many facilities have their sights on other locations to open up.

The self storage industry has diversified and many seek to deliver what business users are after in the wider perspective. Some facilities market as a one-stop business centre, including modern office space, meeting rooms and refreshment facilities opposed to the usual corridors of shutters. Businesses can therefore run themselves very happily and professionally from a storage centre, with all their stock and documentation just down the corridor. Flexibility is afforded to customers who wish to run all sorts of businesses on their premises, ranging from online retail, to activities that might require modification to the units and clients to come on site, such as gyms, music lessons, people thought of it all, and this powerful new angle in return gave self storage companies the power to make their presence further known for their usual bread and butter work.

In 2012, the UK government decided they wanted in on the action and added sales tax to self storage services, which essentially forced a steep and sudden rise on storage rates. This was cleverly dealt with by storage companies who retained customers by bearing the initial costs and easing them into new rates. It was a tactic that paid off as the slight drop in their profits kept customers on board and to this day the business is showing no signs of relenting.