Can Storage Facilities Cater For Students? 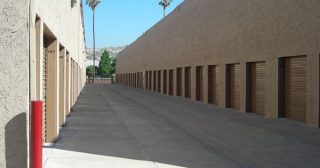 Going away to university is usually a young person’s first experience of living away from home and with it comes new found responsibilities. Many universities ease students into their new life with a halls of accommodation, but this is often only valid for the first year, after which the task begins of finding a different place to live with new found housemates. Self storage companies in university towns and cities are generally acute to the demands of the student population, who may represent a niche but useful portion of the revenue stream, and likewise students may benefit in self storage as they have rather logistically different moving arrangements to most – there are holidays to be factored in where students may or may not stay in town, depending on whether they choose to stay in their seat of learning, or earn some much needed money, or even travel abroad to broaden horizons. It is this awareness to students’ varied needs and the items that they need somewhere to put for a bit that often leads to storage companies’ special student deals on what are usually short term storage arrangements.

Just like later in life, a house move may lead to requiring somewhere to store items temporarily or a downsize in space, with self storage facilities very helpfully completing that gap. One of the first things a student might realise when entering halls is that they don’t particularly need a huge amount of what they have brought with them, they no longer live a life that is “school and home” anymore, there is a lot of socialising to be done on campus, and many hours of library research occupying what might formerly have been spare time. Heavy books all of sudden make their appearance too and make demands on what living space there is. This means that after the first term there is often a reevaluation and an exodus home of unneeded items, or if that is not possible, then the question of potentially putting things into storage over the holidays might be posed.

Self storage might not fit the budget of many students, so some searching for deals needs to be done. Just like with accommodation, costs can be saved by sharing a bigger space amongst many, but also like accommodation, care needs to be taken by everybody that nothing gets damaged or accidentally taken, and that keys are well looked after. However, the contract itself is going to be fairly standard to any storage users, so students are going to have to adhere to the same terms and conditions as everyone else and will probably want to opt for the storage company’s insurance options. For the student the ultimate consideration may come down to weighing up the time, costs, hassle and demands of others of transporting items home and back compared to the convenient solution that the storage company can offer. That’s if such an option still exists and the family hasn’t by now repurposed the former bedroom and had a bit of a clearout, which is a much feared inevitability of leaving home.

« Storage Units for Artists
Self Storage When Moving House »